Characters- Are the names of your characters in your novels important? What about the titles? 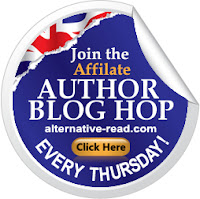 This is my first go with Sassy Brit, but it sounds like fun. I'm not sure my picture link will work, but I'll work on that.

So, this post will be a quickie one, off the top of my head.

I don't do a lot of plotting when I write books.  I don't always spend a lot of time thinking of names either.  For one story, I asked my 20-year-old daughter to name the characters - Conner and Layla.  I like the name David and actually have two heroes named that, in a historical and in a contemporary.  In another story, I named the character in honor of a friend, who then back-stabbed me.  Thankfully, the story wasn't published yet and I was able to change the heroine's name. She didn't seem to mind and I think the new name fit her better anyway. It certainly suited me better!

The way I find names for those walk-on or secondary characters is to look at books on my shelves, who wrote them, not necessarily names in the book.  I've also looked in the phone book.  So, I create names about the same way I write, by the seat of my pants.

Oh, just thought of this.  One of my daughters is actually named after one of my characters. Well, not really, but when I was pregnant and we discovered it was a girl, my husband and I couldn't agree on a name. Finally I said, "I used the name Holly in a story. I like it." So did he.

As for titles.  I think the are important in that they should peak the interest of the read.  But I personally suck at titles most of the time.  I did come up with Salvation Bride and A Gift Beyond All Measure.

As a reader names are VERY important. I want my heroes names to be strong & my heroines beautiful.

Hi, Marybelle. I agree. Though I do try to put twists on that. I am purposely naming a heroine Jane, which is a name I like, but I think we tend to think of Janes as 'plain.' And this Jane thinks of herself as plain and unmarriageable because of a disability.

I also have trouble with books where I can't figure out how to pronounce the names. I love, love, love Kathleen Woodiwiss, but the names she gives her characters are very hard to say, which tends to draw you out of the book.